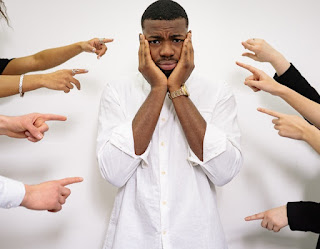 A speech in front of a hundred people…. but an audience of millions watching on national television. Sounds scary right? Absolutely.  It is not an exaggeration to say that there are so many people who are totally terrified of standing in front of a crowd.

Being shy is a normal human reaction to meeting new people or standing before a crowd of total strangers.  But there are those who are extremely shy that being in a social activity, group event, or a simple party is a no-no.  Even just being around people and the thought of being watched by other people gives them butterflies!

According to the Social Anxiety Association, people with this disorder are often misdiagnosed  as having a condition called schizophrenia.  Others think that extremely shy people are suffering from manic depression or some other personality disorder.  But people with Social Anxiety Disorder have a much more serious condition that just having the feeling of having flying insects inside the gut.

Ordinary people experience shyness and some can actually fight off their instinct to clam up and shut up.  Others have it better like extroverts who thrive on social interaction.  But for people afflicted with serious social anxiety are often misunderstood, ridiculed, and resented by other so-called  normal people.  Genetics, social and cultural influences, and psychological factors also contribute to social anxiety.

By knowing that a person has this type of anxiety disorder, or any other anxiety attacks for that matter, the immediate solution is often to ask for a doctor to prescribe anti-anxiety medication.   People dealing with social disorders can resort to the use of prescription drugs, coupled with counseling sessions.  Anxiety medication is most effective when it is followed by one-on-one discussions with a therapist who could provide valuable information and tips to manage the symptoms of the disorder.          To recover from their problems, people with anxiety disorders need to gradually open up through therapy, consultations, or group psychotherapy treatments. All these will help out in dealing with their status, to start being open to other people.  Eventually, patients in therapy would learn how to manage their feelings. Exposing them to proper group discussions, cognitive-behavioral therapy, and other effective anxiety medications can help them cure themselves without the use of drugs. Being socially inactive is really based on your personality and how a person sees himself in a positive manner.  Anti-anxiety medications, however, must be taken only with the advice and approval of a doctor.  The unregulated use of these medications may lead to serious side effects.
Each of us is unique. Being afflicted with social anxiety disorder is not the end of one’s life…there is hope.  Confidence, self-esteem, and good old-fashioned guts will help people with social anxiety go out of their shell of extreme shyness and insecurity.   By taking steps to get healing and help, even the most socially-averse individuals can get treatment that is necessary to restore their lives and allow them to pursue fulfillment in their everyday relationships with people.